What is a Variator? Guide to Performance Variators 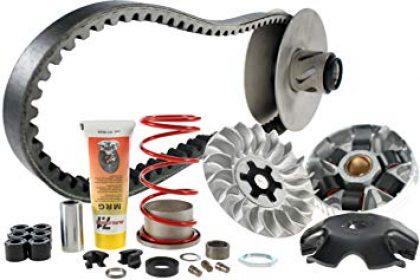 Variators are used in every just about scooter on the market, with the very rare exception being some manual transmission Vespa’s like the PX, Sprint, PK, and the early Lambretta’s.

A variator itself is the main driving part of a continually variable transmission (CVT). Where a gearbox has gears, each with a fixed gear radio, a CVT smoothly transitions through its gearing range.

Variators are used in scooters, and even some modern cars for a couple reasons. Firstly they’re fully mechanically automatic. No computers, electronic controllers or other complex parts that are prone to failure. They’re simple, easy to maintain and cheap to repair. The second reason is that theyre highly efficient particularly in low power engines.

Unlike conventional gearboxes, CVT transmissions manage their gearing around the revs of the engine – rather than the engine changing revs around the gearing. In a conventional gearbox, the engine will rev through to or through its peak torque through each gear, with the engine always playing catch up to its peak torque and efficiency within the gear its in. In a CVT transmission, the engine can rev to its peak performance and effieciency and stay there – while the CVT changes gearing, smoothly and continually according to the speed of the vehicle and the revs of the engine.

A variator is the front, or driven part of the CVT. This is the part that controls the progression of the variator (forcing the gearing ratio down, meaning higher speed).

The Torque (or contra) Spring is the balancing force, it squashes under acceleration to allow the belt to be drawn up the variator, and in the exact opposite pulls the belt back up the torque driver under deceleration to stop the bike getting stuck in high gear.

It can be a little difficult to get your head around at first, but in practice it starts to make sense.

So what does a Performance Variator do differently?

A performance variator commonly does a few things. The first thing you need to understand about performance variators is that they dont all achieve the same thing. On some scooters, they add no additional acceleration but give the scooter an extra 10kph top speed. On other scooters they dont add any top speed but give a big boost of acceleration. On others, they do both – It just depends on the bike.

Some manufacturers such as Malossi and Stage 6 offer what they call “Overrange” or “Oversize” transmission kits. These kits are usually race orientated. The idea behind these is increasing the diameter of the variator and torque driver face, so you have more gearing surface – and therefore more gearing range. Malossi also offer the MHR Variator for some models, which is slightly increased in size to the standard variator and has a larger diameter spacer inside it. We dont generally recommend these for street scooters, as they’re ALOT of work to tune properly.

Variators such as the Malossi Multivar 2000 are ideal for almost all scooters. As a kit they bolt on very easily, and are specifically designed for the bike they’re sold for. Theyre often far smoother than the standard variator, and tougher.

As a final note – It isnt at all a bad idea to install a brand new belt with the installation of a Performance Variator.

What you can read next 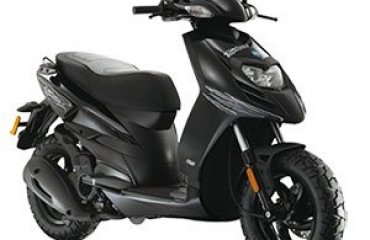 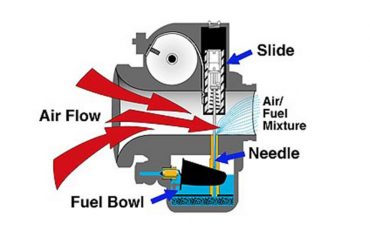 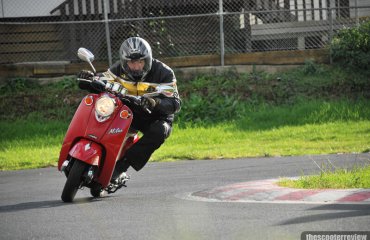 What is the time? #yamaha #time Aerox and BWS both

Gotta be one of the hottest 🔥 mods you can fit

Did you know we have Tecnigas RSII Exhaust for Yam

What #bike does this cylinder fit? #make and #mode

Inside of the factory exhaust of a #2stroke #scoot